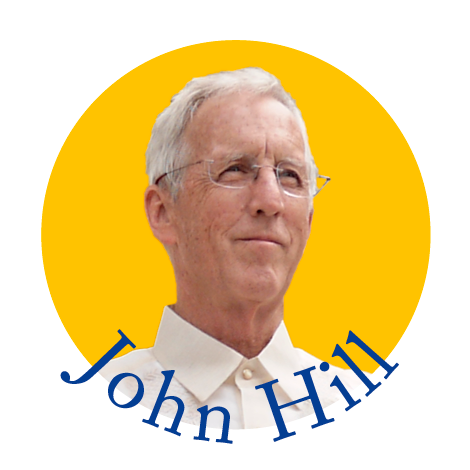 I had a bad day today. One of those days that come on top of us after a weekend away from the worksite. One of our students had been robbed at knifepoint by three Caucasian youths around midday yesterday at an upper north shore station. Another family lost a relative with an overdose. A 16 – year – old boy from another school who had been at primary school with a number of our students was hit by a train on the weekend and died. The legacy of emotional pain and loss will always be with us. But how do we cope when there seem to be no real mechanisms put in place for our children to see light at the end of the tunnel.

I feel that in so many ways we haven’t prepared ourselves or our kids, our workplaces or even so many of our relationships for the consequences of the problem of living in the final years of the second millenium. Human beings have a profound need to belong somewhere, but if they are denied that sense of community, they become frightened, wary and reactionary.

One of the great temptations is to espouse an ideology that presents us with certainty. Yet we know in our hearts that the end result of an ideology is the imposition of conformity, control and domination. Some would see this as a necessary evil because their view is based on scientific positivism whereby humans are nothing more than being part of a mechanistic framework.

When we are able to listen to our own inner voice we know that personal human intimacy and relationships are what life is about. That is, relationships that give our children the security of routines and responsibilities. This will bring some unity back into their at times seemingly disintegrating worlds.

Two notable events took place over the last two weeks or so. The prize giving was one. The valete was the other. Both were opportunities for affirmation. I prefer the latter because all the students of that final year are affirmed in their own right. But when I listened to Rod West give that moving speech at the prize-giving I realized that he was able to hold the boys in a way that very few others could. He touched a universal cord. For him in an institution like ours a prerequiste for success was an association of friends and happiness within a community. What he saw as central for an Aloysian, and the ultimate reason we send our sons here was to do with our sons being empowered to give and receive love.

Several years ago Robert Schneider, the director of drama at the school, produced Arthur Miller’s “Death Of A Salesman”. The play was a chilling reminder of how we can betray not only our basic ideals but destroy ourselves in the process. It was about how a system can become destructive. The central character Willy Lomax gave his life for the “firm”, disregarding family and all else. It was as though the most important thing in his life was his job and the resultant successes. Miller saw charisma as the sin of the latter part of the 20th century. Lomax was a salesman. He could have sold god, religion, bonds, houses or integrity. What he sold was not defined. The salesman runs out of shoeshine and there is nothing left for him. There is no more words for him to weave his story. All he could do was to stand and show how loyal he had been to the firm. But to no avail. “Sorry, Willie this is a business, not a charity, we can’t afford to keep you on.”

Isn’t it great that texts like the above are being studied by our children. It is a text for the Year 12 students. If they can savor the depth of meaning in the text they will quickly learn something about the world they are about to go out into. And they may, hopefully, not make the mistakes that we as parents are prone to make.

There is something insidious in any system if we allow the system to control us. The tragedy of Willie was that in his search for approval and subsequent fame he was sold a dud. Free enterprise cannot be presented with a human face. In failing to see the nature of the system in which he functioned part of him had worshipped the very ruthlessness that helped destroy him.

I hope that when I arrive at school next Monday morning the day will have a sense of joy. I hope though above all else that our children will have learnt from our search for wisdom that life can have meaning. And in this hope is contained the reality that the purveyors of false dreams and promises will diminish in power and that the quest for the holy grail of security will be seen in its true light, that is as false and deceptive. Genuine security comes from the space that an individual allows himself . It will then that one can reject the hopeless trendy pessimism which gives aid and benefit to the more reactionary elements in our community. At the same time though there is no place for romantic optimism. In the complex society in which we live we have to be clear cut and broadminded while being simple and yet profound.

For our sons to be empowered to give and receive love, they must first of all realise priorities are vital. Any institution is no more than a means to an end. Willie Lomax died a tragic figure because deception was his means of survival. He was unable to give or receive love. He allowed himself to be overwhelmed by the system. Our education if properly utilised gives our children the opportunity to make choices based on what their heart tells them.

To move beyond institutions and ideologies is imperative for growth.It is precisely here that we turn to what is part of our very being, namely the sense of hope. Here we have the one virtue that our youth know will give substance to their ideals. If the mystery of life is to do with dying it is equally to do with living. Willie had nothing to live for. We have. We can turn back in remembering what for us was home and draw strength from this. We can then let go for we have been the possessors of that which we will never lose. With our children we can keep moving ahead and it will not be so hard for we are doing it together. So when I come to school on another Monday morning and things don’t seem so good I’ll be able to express and hopefully live out the words of Juliana of Norwich “All will be well, all manner of things will be well.”