John Hill is a civil celebrant with over 50+ years experience specialising in the celebration of weddings and other important life’s events. You can expect an uplifting and joyful experience that will be deeply memorable. He is based in Sydney, Australia.

John was born and bred on the lower north shore of Sydney where he spent the first 20 years of his life . Nearly all his primary and all of his secondary schooling were at a Jesuit school in Sydney. On completing his high school studies he entered a Catholic religious order. He was ordained to the Catholic priesthood in 1967 and worked in a Sydney parish and then as a chaplain at the university. He spent a year working in a parish in Wales, UK and then 6 years in the southern Philippines. The years in Mindanao were difficult because it was the time that martial law had been imposed on the nation. A lot of John’s work there was in teaching, being a part of barrio life and in justice and peace programs. This at times brought him into opposition with the Marcos dictatorship. John has been an active member of Amnesty International for more than 30 years. He returned to Australia and in 1980 he left the ministry. He is married with two children

John worked for nearly 10 years as a probation and parole officer with the NSW Department of Corrective Services. Much of that time was working in the maximum security prisons and in Community Service Order programs. In 1988 he took up a position as a school counsellor in a Jesuit college where he remained until early 2000.

John has been a celebrant for over 50 years.

“His smile hits you first, like fire on a chill day. If he’s the celebrant you tell yourself then it might be alright after all. Then the hand grips, and you look in the eyes and you know he too has seen sadness, has hoped and been duped, has laughed and has fallen on his face. You say again to yourself this guy might be alright.
Then the words come. You are welcomed, no formulas, no rules, no fuss.

John Hill was once a Catholic priest. A Jesuit educated boy who became a missionary and saw villagers killed because they asked for justice. It was his passion too. Later as chaplain to the students at the University of New South Wales he begged them to use their lives for fairness, to make the world better for all.

But John found his own way hard. The Catholic church had an answer for every situation, and if you did not fit into its rules then that was your problem, it wanted none of you.

So John Hill moved from the church. He wanted order but not a straight jacket. Jobs for a rebel did not come easily. For a time he worked with prisoners, and then moved into counselling adolescents, and then to using these skills in high schools.

To see him in the playground was to observe the touch of grace. He sought to understand the trouble makers and brought respite to boys rejected at home and disowned by the school.

It was contact with the parents of these boys that alerted him to his membership of a community. One which like him had moved beyond the church but without any liturgy to mark the deep joys and pains of life. Paying off the mortgage, bringing up his own children blended in with what he had once done on the altar and he began to develop ceremonies to work with others to mark the transitions in their own lives.

But John Hill has never been bound by the fine print. Nor is life. Those who have asked him to celebrate their happiness and sorrow have found it is their wishes which come first. John is not in a pulpit to perform but standing next to you to walk with you down any road.

Only once has he failed to find the right ritual. Returning from a wedding on Goat Island in an open boat he got caught in a rain storm. His hair went wild, the suit drooped on his body and official papers flapped in the bottom of the boat. When finally he stepped on solid land, he was still smiling, but no words came until he had sworn. 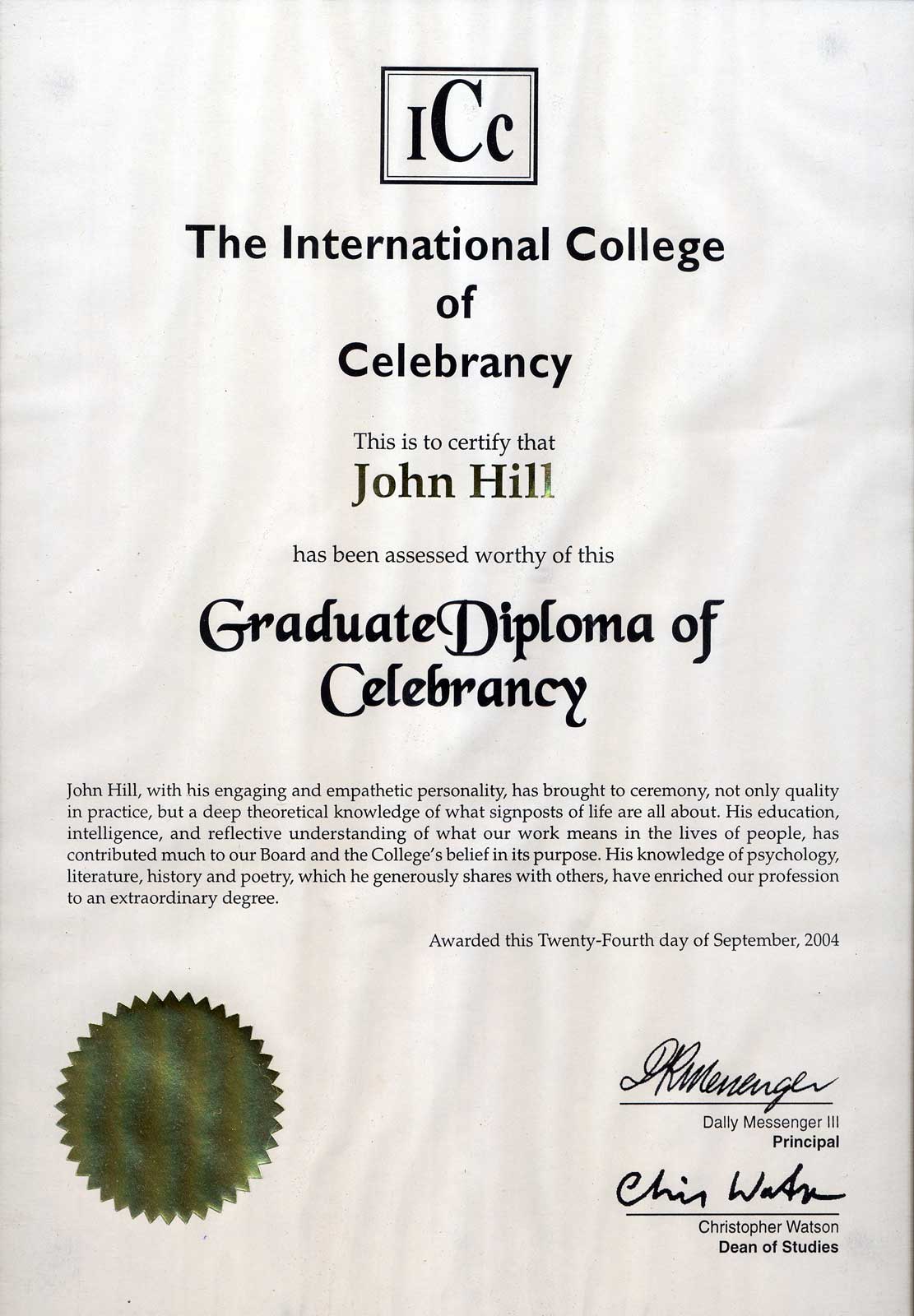 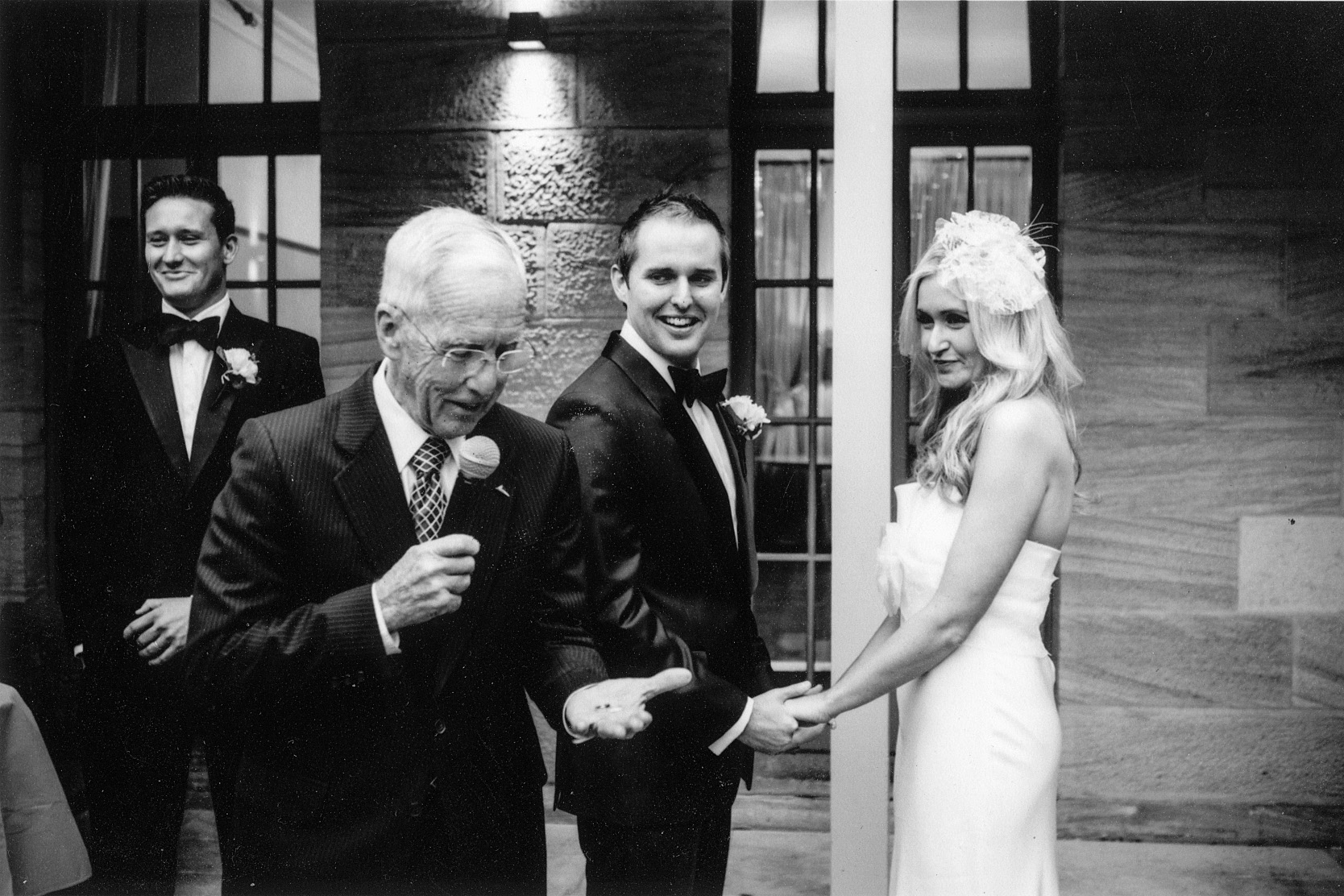 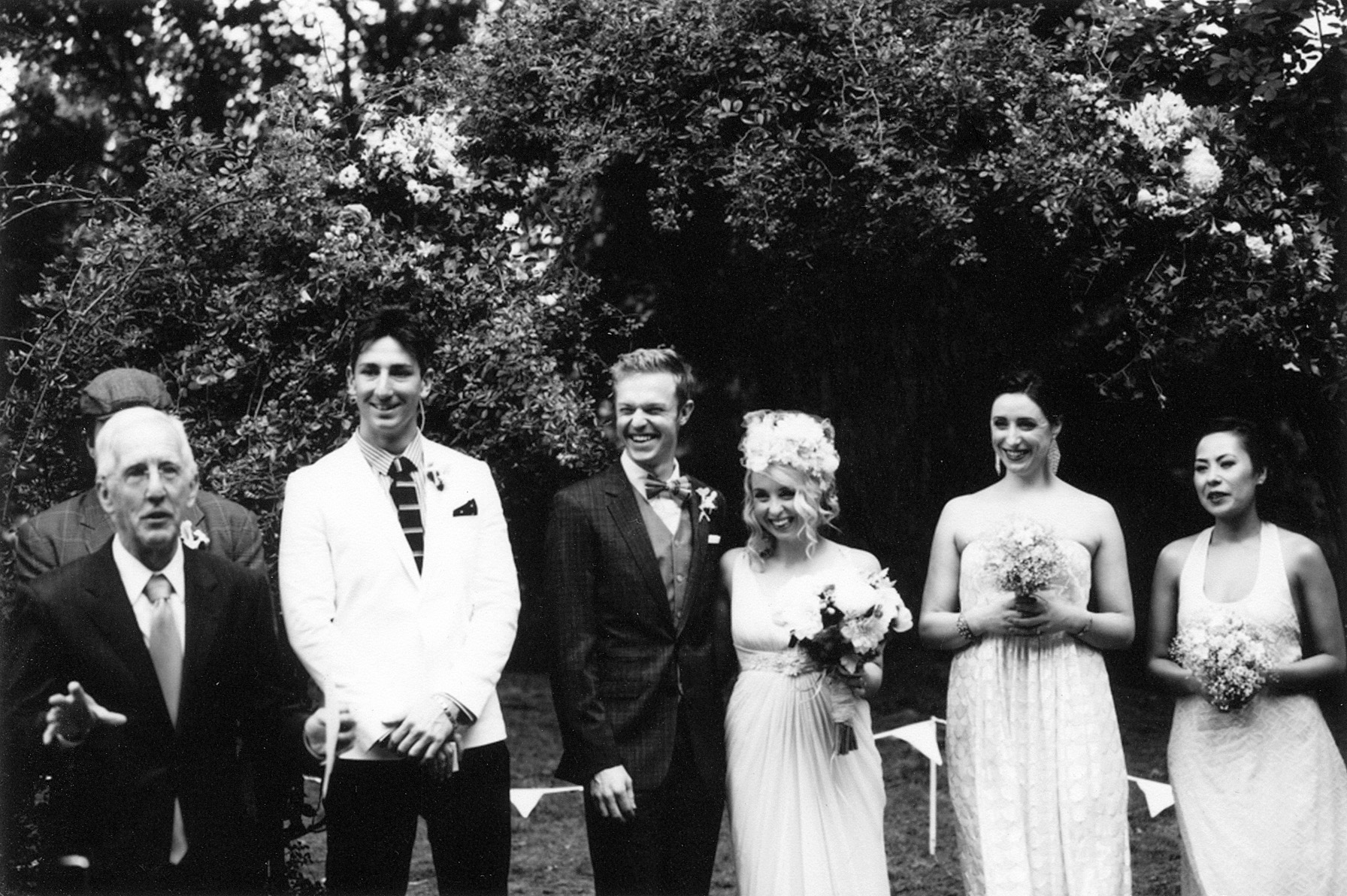 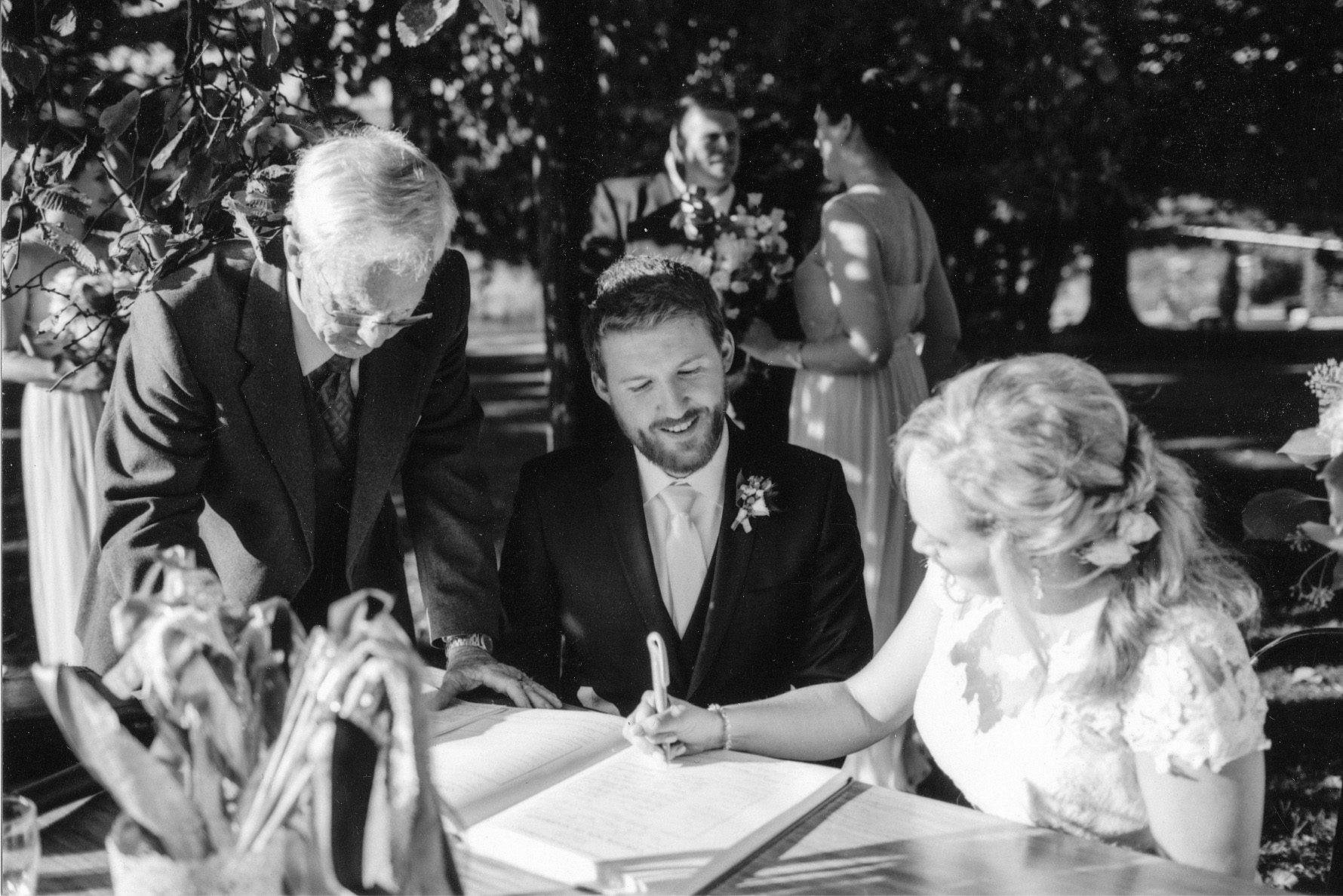